Blog of the Week: Grand Rapids Is Screaming

Forgive my being “old dude” here for a minute, but back in the day local scenes had zines. I know zines still exist, but they don’t necessarily serve the same function as they used to. Xeroxed fanzines were a tangible way of keeping people connected when there was no internet to tell you exactly what was going on and what all of the other punks in the world were listening to and talking about. Sometimes local zines served as sources of information, but more often than not they were merely a way of validating your small group of punks’ connection to the larger universe of the “scene.” 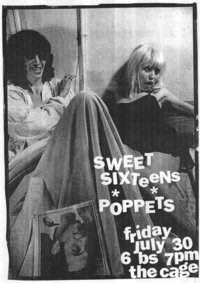 For those of us in really small towns, it felt almost like a bluff. You could write about hanging out at your local café or about your friends’ band that only practiced twice, but damn did they fucking rule! Put it in a zine and it made it seem real and important. And after a while, it actually did become important — not because other people believed it, but because you started to believe in it yourself.

Not to overstate it too much, I hope, but when I look at Grand Rapids Is Screaming, a blog site “dedicated to West Michigan punk and hardcore,” I see a rare example of something on the internet actually feeling like a tangible fanzine with some soul and local flair.

Remember e-zines? No, neither do I. That’s probably because it was a total failure of a concept. “It’s like a zine, but on your computer!” Um, I’m pretty sure they just call that a website… or maybe an email newsletter. Anyway, possibly without even intending to, Grand Rapids Is Screaming has reinvented the e-zine in a way that makes so much sense I’m surprised more people aren’t doing it.

At first glance it’s just a blog site, very much like the one you’re reading here, but dig deeper and you’ll find well presented local resources like an upcoming show calendar and an extensive, and very impressive, West Michigan flyer archive. You’ll find columns that range from the rambling to the political to your basic photo blog — all of which somehow have a more personal, less internetty feel in the context of this site. Maybe just calling them “columns” instead of “blogs” does the trick. [Note to self! —ed.] 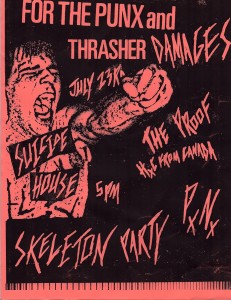 Just peruse the site yourself and you’ll find something to dig. My favorites: show reviews — especially this one which was either mis-formatted for the web or was actually written as poetry (either way it’s pure gold), and reader comments like this one on a column about DIY haircuts:

One thing I think that is criminally overlooked by this column: COMPOSTING. If you’re not composting your hair you should really ask yourself why you HATE THE FUCKING PLANET?

It seems obvious that Grand Rapids Is Screaming is serving its intended purpose: to keep the local scene informed and involved, but I  hope that other punks will get as much inspiration out of this as I do. Now go start your own locally-based  fanzine-like internet blog site/resource!

(Not as catchy a slogan as I was hoping for there. I’ll keep working on it…)