Blog of the Week: Terminal Escape

Robert Collins seems like the busiest man in punk sometimes. He’s in too many bands to mention, and if he’s not on tour with one of them, or shitworking at MRR, or touring with the SUBHUMANS (UK), or recuperating from knee surgery, or working his real job, he’s probably spending a good deal of time on his amazing tape blog, TERMINAL ESCAPE. 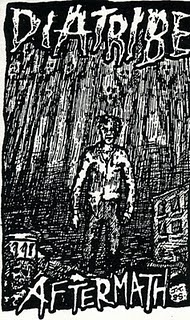 “TAPES… FUCKING TAPES!!!”
The blog’s own description says it all. Terminal Escape is dedicated to cassette tapes, old and new. Mostly demos, mostly obscure, mostly awesome, and always interesting, Robert has an obvious love for the format, and for music in general. He’s got over 1,000 cassettes in his own collection, and while he admits that tapes are “a total novelty, an archaic format” he insists that any contributions to the site come in as a cassette, even if they started out as a download or a CD. This is the kind of dedication —and insane purism — that we really appreciate here at MRR.

Touring with the SUBHUMANS led to the beginnings of this amazing resource. Vocalist Dick Lucas got tired of hauling his boxes and boxes of old demo tapes each time he moved, so Robert “convinced him that he should ‘donate’ them to someone who appreciates them.” Thus a collection, and a dream, was born. After sitting on the tapes for a while trying to figure out what to do with them, he decided to share them with the world via this blog. With daily postings, and informative write-ups on each tape, Terminal Escape is a must-bookmark for a quick shot of random punk or hours of escape (pun totally intended).

We asked Mr Collins, with the abundance of old and long lost material he has made available, if bands ever see their demos on his blog and contact him complain or thank him. “Thank me, yes. Complain, no. Free music is so pervasive on the internet, I think it’s kind of pointless to try to chase down people soulseeking / blogging / otherwise giving music away. At least with Terminal Escape, I write about everything I post, include contact information whenever available, and include whatever artwork I have (though with a lot of the old tapes I have little or no art or information). Too many blogs are really just a list of links, and I think that is a disservice to the bands who made the music. If someone is downloading music, it’s far better for them to have background and/or context. A few ’80s bands have contacted me because I posted songs that they thought were long lost, and have asked for my copies to include on discography releases. Of course, the music ‘belongs’ to the bands and/or labels who originally put the effort and money into their release, and I’m always happy to remove any posts if that is the artists’ desire.”

When asked to pick a demo he really loves and tell us about it, Robert replied: 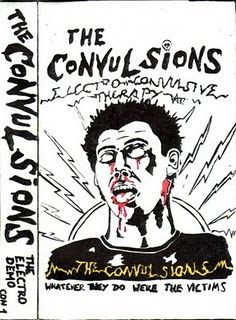 “The CONVULSIONS Electro Convulsive Therapy. There is just something about the band’s approach on this tape, they are so gloriously off, and giving 1000% as if their life depended on it. A brilliant recording. Honorable mentions: THE ILLEGITIMATE SONS OF JACKIE O and CONCEPT OF NONSENSE demos (late 80s Oklahoma) were probably the first two non-mainstream punk recordings that I heard. I got them on a mix tape from a girl I met at competitive drama contests…doesn’t get much geekier than that, does it?”

No, it really doesn’t. So geek out at Terminal Escape. There are tons of tapes to download and read about, and there’s a plenty more to come too…

“I’ve got enough demos to keep the site running daily for another 2-3 years without accumulating any more tapes. Obviously I hope that I will accumulate more, and can keep the site going for longer…who knows when I will get sick of it.” 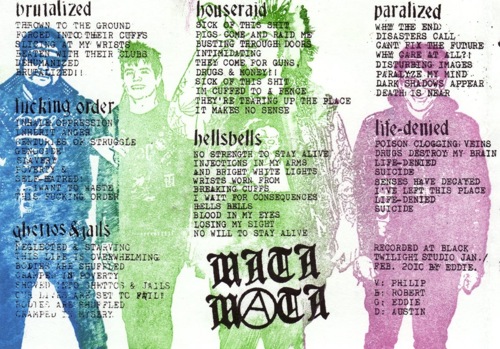