In 2006, Scott Soriano (SS Records) interviewed Tom Lax (Siltbreeze Records) for Terminal Boredom. When Soriano declared The Fugs «the first great American punk band», Lax agreed they were «great on so many levels; they were provocateurs, city radicals, literate, thinking, rapier-sharp people.» «Aha!» commented Soriano; «words like that will get you crucified by today’s ‘punk rockers’!»

This last bit stuck with me. So, in the spirit of proving these two wrong, let’s pretend I’m one of «today’s punk rockers», who, from now on, will try & offer semi-monthly suggestions of cultural items that could interest the «provocateurs, city radicals, literate» folks out there, and that one or two MRR readers might even find «rapier-sharp». 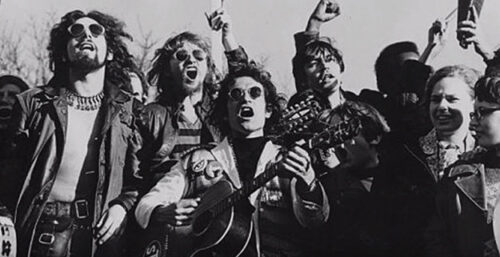 1. TALKING ABOUT PROTO-PUNK…
For years I listened to nothing but The Fugs and the electric eels. Then this pizza-delivery gal told me to check David Peel. At first I was skeptic, but boy was I wrong. Peel was a street rat from New York, who started playing in the ’60s. He and his Lower East Side Band then sung about marijuana and hating the pigs—visionary jams for pre-Altamont, pre-Manson beatniks. But in 1978, under the David Peel & Death moniker, he released the King of Punk LP, in which he sang against everything that was to become sacred in this dumb electric church of ours. The eponymous track is an instant hit: 7 minutes of looped frenzy, that doesn’t even require drums to be on fire. «Fuck you CBGB! Fuck you Sex Pistols! Fuck you Patti Smith! Fuck you New York Dolls! Fuck you Television! I’m the king of punk from the streets of the Lower East Side!» What’s not to love?

2. SOMETHING TO READ
Are «today’s ‘punk rockers’» literate ? Regardless, do yourself a favor and read Cecil Taylor by Argentinian wizard César Aira. It was deemed «one of the fifty best stories I can remember» by Roberto Bolaño, a voracious reader if there was one. The first paragraph is so gripping one forgets to breathe, and the rest is on par. «Summing it up» would be pointless, but if you need a teaser, it deals with the formative years of Cecil Taylor, when he struggled to make the world pay attention to his atonal jazz. So it’s about art & faith, sure, but also hints at something deeper: as in Melville’s Bartleby, Hawthorne’s Wakefield, or anything by Kafka, an insolvable mystery lies at its heart. «According to the legend, Cecil made the first atonal jazz recording, in 1956, two weeks before Sun Ra independently arrived at the same result. (Or was it the other way around?) They didn’t know each other, nor did they know Ornette Coleman, who was doing similar work on the other side of the country. Which goes to show that beyond the genius or inspiration of those three individuals (and Albert Ayler and Eric Dolphy and who knows how many others), causation was operating at some higher level.» bombmagazine.org/articles/cecil-taylor/ 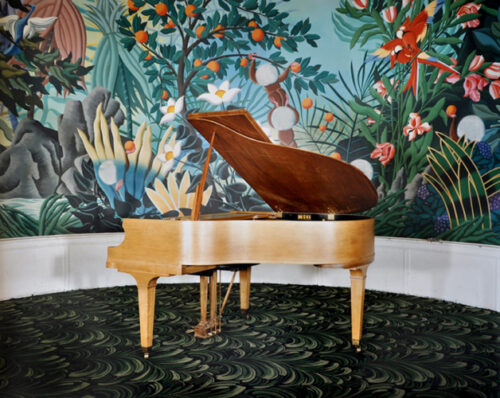 3. SOMETHING FRENCH
I’m not sure the global interest for French neo-Oi! is still a thing, but as a snail-eater, I never got why foreigners were more into Rixe & Syndrome 81 than Traitre. I think this Lille band is no more, but before calling it quits, they were one of the most loved «traditional punk» bands in their country’s squats & basements. What differentiated them from their peers? The same thing that separates dogs from pigs according to Jules Winnfield: personality. I’d even go as far as sayin’ they were to street-punk what Taulard is to synth-punk, but if you don’t get the reference, let’s just say if you dig autonomy, sweatpants and infectious gang choruses as much as you hate this collapsing world, you should give ’em a try. They were part of the handful of bands that could make a squatted house full of twenty, thirty and forty-something gloomy punks sing along together in my city, and if you’ve been to shows here, you know that’s saying something. traitre.bandcamp.com/album/dors-bien 4. SOMETHING AUSSIE
This September Exek and Pious Faults from Australia played in Lyon. If we measure the success of music by the pleasure it gives us, Exek stole the show—their jams were trance-inducing, as if the Country Teasers were raised on PiL, MDMA and nihilistic dub. After they were done hypnotizing the audience, some buzzed up punisher lost his mind. «I saw y’all!» he yelled with foam in his mouth, «you didn’t clap hard enough for an encore!» But Pious Faults won in terms of whatthefuckness. Formerly a HC band fried enough to make Mystic Inane sound like Chain of Strength, they’ve gone Tritonian Nash-Vegas Polyester Complex on us, with a set that was 1% hardcore, and 99% head-scratching noise, fronted by a teen who looked like he was alone in his bedroom, praying the sadistic god from the anti-religion he’d just launched. Dunno if I «enjoyed it», but it was the most audacious move I’ve seen a band make in like…ever? Especially since they toured on a hardcore LP, which people were eager to hear but never got a chance to. Well done, Brisbane! piousfaultsaus.bandcamp.com/album/old-thread / exek.bandcamp.com/album/some-beautiful-species-left

5. AND IN THE PRACTICAL DEPARTEMENT…
In the summer, someone at MRR told me it was getting harder to find people willing to do things for free in punk. In case some younger folks are reading this, I’d like to point out this is a newish phenomenon. And a rather sad one, IMO: when profit replaces passion as people’s drive, isn’t the door open for opportunists to shit on what made this thing sustainable until now? Even more ludicrous is when amateurs & dilettantes act like they’re not. «Businessmen» are boring, so if you’re not one of them, say it loud for Satan’s sake.

6. ENDNOTES & SHAMELESS PLUGS
– For those reading French, I had a short story published a few months ago by the deserters at lundi matin: lundi.am/Scumbag.
– Also got a collection of stories still in print via leseditionsdesmondesafaire.net/entre-un-neant-et-un-autre/
– For fans of boogers, acne and puddles, I post drawings at www.instagram.com/ratcharge_etc/
For those into current records, tapes and fanzines, my pals Vincent, Sergio and I release some via coolmarriagerecords.tumblr.com
– Looking for mp3s of the XV LP on Life Like records. Anyone ?
– Email still works: ratcharge gmail
– SS vs Lax: www.terminal-boredom.com/tomlax.html