Money is a necessary evil. Capitalism and consumerism are things that seem barely possible to avoid; the best most of us can do is try to step back and disengage as much as possible, questioning why we want this or that or the other thing. Do we need it? Who are we supporting when we buy it?

I feel like these days there is a faction of punk that has given up the fight against “the man” and instead has totally invited him in. It seems to have sprung from somewhere between a place of irony and a place of believing that you are somehow duping corporate America. Believing that fat wad of cash you received for turning one of your songs into a commercial jingle is somehow you pulling a fast one on said corporation. What is an absurdly huge amount to us is chicken scratch to corporate America. They just paid you pennies for a whole lot of street cred. It’s these kids who believe that they are changing the shitsystem by “infiltrating” it. If you are working within the shitsystem, you are working with the shitsystem. I was talking to a friend who was saying that he was going to try to use his new found LA connections to get his friends a sitcom on cable television; his reasoning was then at least someone cool was making that money that is just waiting to be made. Yeah, I get it. But are we really changing the shitsystem by existing in it, or is existing in it merely giving into it?

Accepting corporate sponsorship seems to have become totally acceptable too. Do you think you are somehow tricking some corporation because you got those pants for free? By you wearing those fucking jeans, Mr. Corporate is basically out zilch and they just earned a whole lot of street cred from you. You have become a walking ad campaign. On top of that there are only certain punks that have access to that free stuff. Not everyone is going to get a new free pair of shoes; only people who have the right connections are going to get that free pair of shoes. It’s not dumpster diving. It’s not a free for all.

Instead of basking in the romanticism of starving artists we’ve begun to dive into the waters of vapid privilege. Whenever I hear punks say they think so-and-so band should be topping charts because they’re so great, it makes me cringe. Things that I like and things that are popular are completely separate. The mechanics that make things popular and keep things popular are incredibly ideologically questionable. Do you really like it, or do you just think you like it because you’ve been told so many times that you do? No matter how much you think you’re fucking with corporate America, they are still the ones in power. At the end of the day the difference in paycheck you get for giving that corporation street cred compared to what the dude at the top is making is mind-boggling. Why are you trusting a corporation in the first place? Haven’t you seen Wayne’s World? No matter what deal they give you they’ve still got fucked labor practices. They’re still paying the kid at the bottom below a living wage. There is still and always will be an abuse of power. 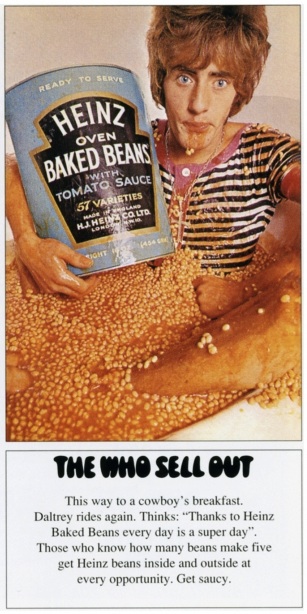 And even if you do get that chunk of change for “selling out” or whatever, where does that leave you? What it sets up is a lifestyle of living off of your music—a lifestyle that you then have to maintain, or find yourself wanting to maintain, somehow. So how to maintain it? This is the line where your music ceases to be made for pure catharsis or pure passion or for the community or for the kids or whatever—it’s being made ultimately for a paycheck. Yeah, you might tell yourself/say it’s with the best intentions and that you are in no way compromising, but ultimately you are trying to pay rent. You need that money to pay rent. You then have to produce a product that is at least more likely to make that money. Right?

How does this really benefit you? Once something works, some song you wrote gives you a little dough—is it fun/interesting/worthwhile to repeat yourself? Is this what you wanted to do? Why did you start the band in the first place? To make money or to get that out of you?

But more importantly, how does this benefit the community? How does you paying your rent benefit everyone? Instead of trying to make the next album-of-the-year rating from Pitchfork or hustling/promoting your shit all day in order to stay in the limelight, in order to boost your sales or whatever, why not put that energy towards demanding universal health care? Or volunteering at rock camp? Or making music that is challenging and dangerous? Something, whatever it is, that helps everyone around you? When it comes down to it, living off your art is giving into capitalism, giving into consumerism. You may be getting your message out to kids, but really, in the end, you’re just producing a product to buy. I realize we exist in a capitalist society and it does cost money to be in a band, I’m not saying it’s possible or even logical to never accept money for being in a band—but when it becomes the main way to pay your personal bills you’ve put yourself in a weird space above your peers, you’ve alienated yourself from the community.

I read this book (Unmarketable by Anne Elizabeth Moore) that talked to artists who ended up doing art for corporate ad campaigns; their reasoning tended to be a lot of “I did it to be able to afford to move to New York” and “this allowed me to quit my day job and spend more time in the studio” and the like. This is selfish. This is aiding in the corporate appropriation of outside art—not to benefit the community at large, but in order to benefit only you. No one else. This is not punk.

So where along the line does “selling out” occur?

I believe in ending up in a situation where all the sudden your band is making enough money to fully live off of—sometimes these things do just happen—but then what? It’s a slippery slope. Guaranteed that lifestyle of living off your music “without compromising it” won’t last unless you make it last—meaning, altering what you do, even if it’s ever so slightly, in order to continue how you are existing; turning it into a situation where “not compromising yourself” ceases to be not altering what your music is but becomes about not altering your living situation; the fact that you don’t need a job and you can devote all your time to music.

But also, even the moment you start seeing music as a career option some part of you begins to steer it in that direction. Consciously or subconsciously there is an effort to make things commercially viable. There is a drive to be part of the shitsystem rather than dismantling it.

These things, especially free stuff from corporations, are extremely vague. There isn’t really a clear line of what is or isn’t selling out, when it’s OK to give in to corporate America and when it’s not, what’s OK and what’s not. I was in a band that scammed a sponsorship from Sparks. We would throw “warehouse parties” (punk shows in my basement) and Sparks would give us entire flats of the stuff. We would charge at the door with the promise of free unlimited booze and then give all the money we made to the bands. We were paying bands $100-plus for basement shows in Olympia. Unheard of. Did I feel like we were scamming Sparks? Yeah. And I fully realized that people would probably be buying it at the corner store and drinking it anyways. Did I still find it kind of questionable? Yeah. So it benefited the community but still felt kind of bullshitty. I still felt like I was supporting Sparks’ corporate agenda in some way. I mean, I was, honestly.

Is it important that what we do is secret? Does that still apply? Is it truly important to “not sell out” or is it just a romanticized lifestyle at this point? Should we look at punks getting paid as “well at least someone cool is getting paid?” Is it that the current shitsystem is so entirely unavoidable and we might as well participate?