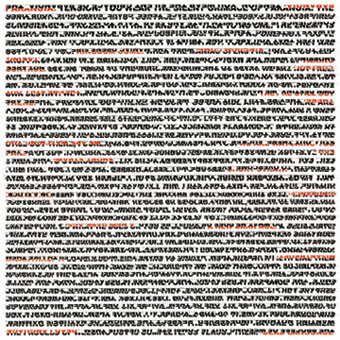 I feel like no matter what I say about this record everybody is gonna argue with me so I will preemptively say, fuck you, this is punk, live the chaos. Now the review…this is frighteningly good. Before I list the pedigree of the members involved I will say straight up, this is the summit of the Mount Olympus of this genre of music, it will be a very long time before this is topped—hype be damned. While I am tolerant and appreciative of other people’s tastes, if you don’t hear how awesome this is then you are a moron and I will cut you. Someone told me that this sounds like “IRON LUNG with the dude from NO COMMENT singing over it. That’s it.” I call bullshit and I will beat that dude up when I see him next. This is a culmination of years…no, decades…no… the primordial rage that has fueled powerviolence, grind, thrash, hardcore ooze that every band has ever wanted to capture: paranoia, sadness, rage, confusion, claustrophobia, fear, and heaviness lie within these tracks. These songs are unmatched and truly soul shattering. The grind parts are razor fucking sharp, while the sludgy parts make my heart ache, the bass delivers a hell of a beating, the guitars are menacing and the drums, where do I start. My descriptions are inadequate. This shit is ridiculous. The vocal are almost unbearable with anguish and anger with some really crushing lyrics. It’s the feeling of watching something terrible happen or witnessing some sort of disfigurement, including my own. When he screams, “You never cared,” I believe him, yo. There is no dominance of any one component in this recording. Every instrument, including the vox is equally powerful with out the competition of any one with the other. This is one solid, sonic wall of destruction recorded perfectly. I recommend it to anyone who is into powerviolence, or heavy music of any kind, but I take no responsibility for what it does to you. I have to say that the album artwork is amazing. It’s all the lyrics sliced, flipped and rearranged, which is exactly what the sounds within will do to you. Oh yeah, members of IRON LUNG, SOLUTIONS, WALLS, PIG HEART TRANSPLANT and NO COMMENT. Don’t read blogs, don’t listen to your friends, don’t even listen to me, just get this and see what happens, I dare you. This is the sound of nightmares. I have heard some killer records this year, but this is number one. (Iron Lung Records)