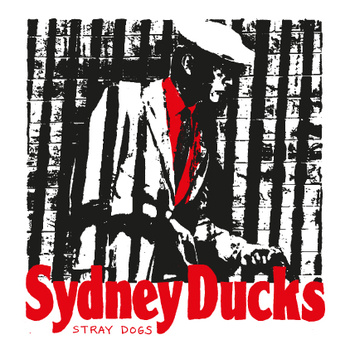 There’s been a new wave rising over the last few years that, in my eyes, is keeping punk legitimate in an era threatened by being mired in nostalgia and mediocrity. With such disparate bands like YOUNG OFFENDERS and CRIMINAL DAMAGE and now the SYDNEY DUCKS, this new generation (made largely of people from older generations) manages to create a fresh, new bluecollar punk sound while staying purely traditional at the same time. SYDNEY DUCKS achieve this by doing away with the repetitiveness common to Oi! and replacing it with dashes of influences ranging from mid tempo hardcore to a bit of first generation post punk. The resultant sound is like the TEMPLARS crossed with IGNITION or something. Both tracks on this debut single are killer and will leave you awaiting further releases. Definitely track this down. (Sydney Town Records)