Video of the week: KuZle 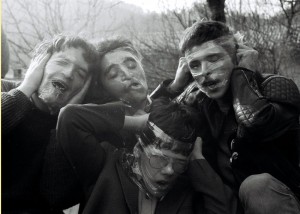 If you want to dig into some early history of punk rock behind the Iron Curtain it will worth your time to check out this documentary on the band KUZLE. It’s an interesting look at an early, Clash-influenced Yugoslavian punk band from the mining town of Idrija, Slovenia, and their short but rich time together from 1979 to 1981. While KuZle wasn’t the earliest Slovenian punk band (that title probably goes to Pankrti) nor the most challenging politically (at one point they seem to be making excuses for playing some kind of pro-Tito event), it’s still fascinating to hear about and imagine what one would have to go through to be punk in an obscure communist mining community in the ’70s, and then become pretty big fish in that very small pond. Find out more about the band on their website here.